Why has the 2017 VMA failed to achieve new heights

As some of you might have noticed the 2017 VMA did not live up to its expectations when it comes to pulling in the viewership numbers. Last year they made a nice round 6.5 million views, but this year they took a dip and landed on only 5.8. That is almost a million fewer viewers and the organizers are well aware of the situation, although they are not sure what to do as they are desperately trying to grow their viewership. It’s true that in this day and age it’s not just enough to create a compelling tv program as in the modern age of technology you have to be everywhere at the same time. What we mean by this is that the VMA has to start focusing their attention on the social media platforms. But the strange thing is, they have been, and not just recently, they have been doing that for a couple of years. But, here is the kicker, their social media is also not growing. Stagnation is hitting the VMA on both fronts and they are struggling to recover as they constantly try new things to capture the average viewer.

They might be in a tough spot, but they have confidently stated that next year they will do better. The September 2017 VMA might have had a hiccup on the road that they could not have accounted for, and that is a stiff online competitor when it comes to traction. See, it’s not just about creating something special and throwing content on tv has never been hard, but if you want to make it big on the online platform you have to remember that putting a show to air at the same time something else does, it might create competition where there was no competition before.

What we are talking about is, of course, the Game of Thrones new season that has managed to pull in a bigger crowd than the VMA has gathered in two years. Game of Thrones has had a huge following online and the traction each episode attracts is staggering. During the VMA the retweets and other shootouts to the VMA reached a whopping 3.8 million, while the behemoth that is the Game of Thrones managed to stack an impressive 4.2 million tweets. If we compare that to the last year where the VMA had more than 13 million interactions online, which does include Facebook and twitter, this year the three million is a drop of about 65% which is huge!

So, what is the problem?

With all the data we can be sure that the fact of the matter is that the numbers for viewers this year was low, and it is in our honest opinion that part of the reason why they were so low is that the big names were missing this year from the VMA. Artists like Jay Z, Beyoncé, Kanye and even Rihanna were not there. However, the big talk of the night was the Khalid and Alessia Cara’s amazing performance of “1–800–273–8255”.

Next year they might want to stay out of politics and invite more prominent names to at least appear for a few minutes. 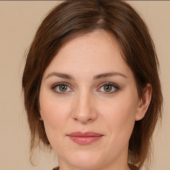 Michael Higgins is the author of many of our blogs and the site itself and we take pride in the fact that a great man like Michael is working for us. With him, the sky is our only limit.